Most Liveable City and the effects from Covid-19.

First of all, we need to understand that most liveable city and best retirement city does NOT mean the same thing. The former simply meant that it’s super liveable and nothing about the cost of living and the latter meant that it’s affordable enough and has all you need after you retire and income may have stopped or decreased. The following is all about the most liveable cities. Thus, you will not be seeing the cheaper cities which may include some in Malaysia as well. E.g? Top 3 in the world for retirement

“Auckland rose to the top of the ranking owing to its successful approach in containing the Covid-19 pandemic, which allowed its society to remain open and the city to score strongly,” the Economist Intelligence Unit said.

The study also showed that eight of the top 10 biggest falls in the rankings are European cities. Pressure on European health systems also had a knock-on effect on culture and overall liveability because of restrictions on movement, the Economist said. Honolulu, Hawaii, in the United States jumped 46 places to 14th because of its containment of the pandemic and fast vaccination programme. Please do read the full article here: Article in nst.com.my

Would these cities in Europe return to become the most liveable cities in the future? After COVID-19 has come under full control? I do think so. What’s even more important however is this. The new norm would come back to old norm. People would still travel to all these most liveable cities, not just the new number one. In fact, “revenge travel” is going to happen and rest assured that international airports will be full of people, even if most may be required to wear masks.

Revenge travel means everyone is taking a revenge because they have been forbidden to travel for over 12 months and by the time everyone is allowed to travel, it would have been 24 months, easily. Imagine 24 months of travel all happening within 12 months. Assuming they did not all go to the same countries, it meant that many countries, especially the most liveable ones would receive a lot more tourists than usual too.

I know, some would like to remind me that travelling may only be possible in 2023. I believe I would be right just as you believe you are right. We shall see yeah. Happy travelling! In the mean time, ensure you get vaccinated soonest possible too. Cheers.

Next suggested article: When is the next financial crisis. 4 steps to prepare 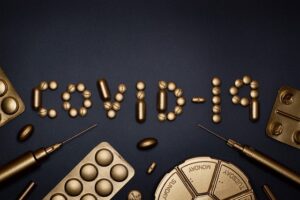 Malaysia fully reopens international borders from 1st April 2022. What are the implications?