The largest oil producer in the world? Nope, not that country you may be thinking.

Do you hate it when you have to pay ever higher for petrol? I hate it too. Especially when pumping full tank meant up to RM90 depending on your car. Now, do you also hate it when the petrol price is down so much and yet you do not have the opportunity to pump petrol? Yeah, me too. In case you did not know the price of petrol since you have not pumped any petrol for nearly 2 months, this is the latest petrol price. Courtesy of comparehero.my

Yeap, just like you, I have also not pumped petrol for nearly 2 months. Well, why is the price so low? That’s because the world oil price is much lower today. Some say it’s because ofCOVID-19 which has sapped away the demand for oil since everyone could not pump petrol since they are staying at home… Actually, do you know who is the largest oil producer in the world?

I think most people would think that the country which produces the most oil in the world is Saudi Arabia, right? Wrong. In 2019, that country which is the largest oil producer in the world is also the world’s largest economy too. The United States of America is the world’s largest oil producer. It produces 19.5 million barrels per day (bpd). Thus, in a year, it could produce up to 7.12 billion barrels.

So, is it producing for the world or is it producing only for itself? I am very sure you have not heard of countries in this part of the world buying oil from United States, right? America consumes 7.47 billion barrels per year. That’s 20.46 million bpd. So, they actually are not producing enough oil even for their own consumption yeah. Nevertheless, this demand has definitely dropped because of COVID-19. This was why oil price actually went berserk just over a week ago. Earlier article here: They say this is also because of COVID-19

Number 2 oil producer in the world in 2019 is Saudi Arabia. It produces 11.8 million bpd. Most of the production is for export. As at 2018, it consumes 3.7 million bpd. Despite only being the second in oil production ranking, oil and gas alone contributes for about 50% of Saudi Arabia’s Gross Domestic Product (GDP). It is also the country for which one of its funds is looking to buy a football club in the UK. Read here.

As the second largest oil producer in the world, Saudi Arabia plays an important role in the Organization of the Petroleum Exporting Countries. (OPEC) This is an organisation where most of the world’s major oil producers are a member of. The U.S. is NOT a member of OPEC. In recent times, the U.S has increasingly played a role which has reduced the influence of OPEC on world oil price. Perhaps this is a good thing for consumer.

By the way, the price of oil do not just depend on the supply and demand yeah. It also depends on the trader of oil who buys oil and sells them or stores them before selling them later on. In other words, it could be speculated upon too. It has to also depend on the cost of production too. While the U.S. is the world’s largest producer of oil, the cost of production for its oil is much higher than Saudi Arabia. Thus, at the world oil price (6th May 2020 at US$30.83 per barrel), many U.S. oil companies are in trouble. We will see how long the oil will stay at current levels yeah. For now, just enjoy pumping petrol, when you could do so.

Next suggested article: Housing prices expected to fall because of COVID-19 effects 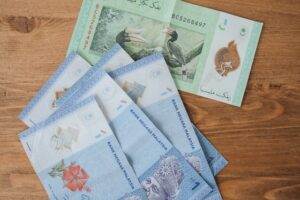 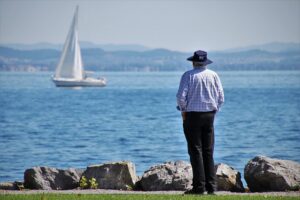