Comments by Nawawi Tie Leung managing director Eddy Wong. He said that he believed that the government has done a cost-and-benefit analysis, which showed that removing these stations will not have a huge impact as these areas may not have a lot of commuters. He added, “I would say that the scrapping out of the six LRT stations will have an impact, but what we need to look at is the magnitude of the impact. The stations are not built yet [so it is not physically there], it is not like the stations were built and then now taken out.”
According to the Malaysian Institute of Estate Agents (MIEA) president-elect Lim Boon Ping also agrees that it will not cause a tumble in property prices but perhaps just some disappointment to the local communities who were expecting a station near their homes. He added, “It won’t have a big impact as it’s not something which is already built and being removed. Furthermore, people who want to use the LRT will still have other options, such as going to another station or choosing the park and ride.”
Metro Homes Sdn Bhd director See Kok Loong said that the impact will be for projects catering to the rental market. He added, “[For the properties that were banking on the stations], it means they have lost a unique selling point and thus their prices might adjust accordingly in the secondary market.”
As for the impact on housing price, Wong from Nawawi Tie Leung said, “Usually, a 700m to 800m is the average distance one will be willing to walk to reach the station, so properties around here will be impacted more in terms of price. However, what these properties really lose are their potential gains – which range from about 5% to 10% – from their proximity to the stations. “So, what we will see is just that there will not be a capital appreciation of 5% to 10% for the properties surrounding these stations.”
Rahim & Co International Sdn Bhd (Petaling Jaya) director Choy Yue Kwong says that the key to the LRT3’s popularity is the last-mile connection. “If the shuttle bus system could be improved and well-coordinated to shorten the waiting time, people will be more willing to take public transport than drive.” He added, “Although six stations have been shelved, as long as the provision or flexibility for future extension is still there, I believed it will not have a significant impact to the existing developments along LRT3.” Here’s the full article in edgeprop.my for reference.
Personally, I think it’s more important to realise that property prices will change only when there’s actual transactions. Do we believe those owners who own properties nearby these cancelled stations would now immediately drop their prices by 10 percent simply because those stations are no longer going to be built? If the answer is YES, then the owners must be desperate sellers. If that’s the case, the LRT station cancellations was not the main reason for the drop in price. If the answer is NO, there you have it, the property prices will not be changing much in the near future. In fact, when we put in the inflation equation plus the salary increments, the property prices will definitely be inching upwards. The only unknown might be the actual percent that the prices will increase. Happy believing and please do not make LRT 3 stations as your ONLY reason to buy such a property and paying a high premium for it yeah. Property investment is for the long term and well, 2024 is at least 6 years away.
written on 15 July 2018
Next suggested article: Bangsar South back to Kerinchi, property prices to drop?

PrevPreviousTaking care of our CREDIT Health is essential. Free 3 Months of JagaMyID
Next30 years, 11,636 acres and RM290 billion of investments. (plus 1.38 Million of jobs)Next 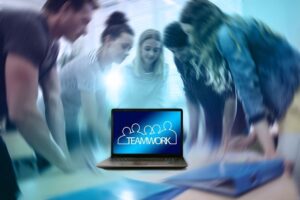 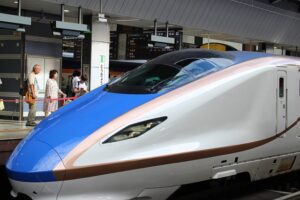