Own a unit and left it empty? Some countries have VACANCY TAX.

Some time back, I wrote about this: If you leave it empty, I will charge / tax you. Briefly; vacancy tax potential for people who have units which were left empty. Well, it has not happened yet and may not happen so soon but if it happens, this is not just for Malaysia yeah. This has happened in many countries all over the world.

So, if we bought a unit and we left it empty, would we be taxed then? Well, Malaysia have no vacancy tax and for countries with vacancy tax, their target is the developer instead of owners. In Singapore, the developers needed to be very careful because they could be charged for unsold units. As per information from 99.co, these are the charges: (It’s quite high… actually which meant developers would prefer to sell versus being taxed)

Actually, what this meant is that if I am the concerned developer, I will choose to provide a discount to the buyers so that I could quickly sell the units before the government taxes me. If I failed to do so, I will become even more desperate to sell with each passing year. So, this is not such a happy news for any developer with unsold units. In Malaysia, this topic about vacancy tax was mentioned again.

Article in malaymail.com Deputy Federal Territories Minister Datuk Seri Edmund Santhara Kumar said that government will study the proposal to impose a vacancy tax on developers to address the number of unsold luxury condominiums in the Klang Valley. He said, “From the ministry’s point of view on the proposal to impose such tax, since the number of unsold units is less than 4 per cent to date, there is no need for now but such a proposal would be studied further.”

Edmund shared that based on data provided by the National Property Information Centre (NAPIC), there were 2,260 unsold condominium units within the Klang Valley, of which 498 comprised luxury units worth RM1 million and above as of the second quarter of 2018. To read the full article, it’s here: Article in malaymail.com

By the way, we need to understand that if the developers reduce the price of their unsold unit, this will definitely affect the market price because the transactions now show a lower selling price and the fact that there is availability of such lower priced units meant that existing owners could not sell their units at prices higher than what the developer is selling. Depending on the number of units which the developer has, this pressure on price will last for a while.

On a longer term, there is a possibility that the developers will be much more careful with their planning and development. Please note that on the other hand, they may also become too conservative and this may also cause the supply to suddenly decrease too much versus demand and well, this will also cause the property price to be pushed upwards too. So, all these require a balancing act by the government yeah. It’s not just a decision and move on… For now, it is not happening.

PrevPreviousDon’t worry? GDP contracted by 17.1% Q2 2020.
NextBuyer must BE AWARE too, else no one can save them when things go wrong.Next 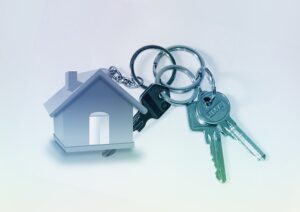 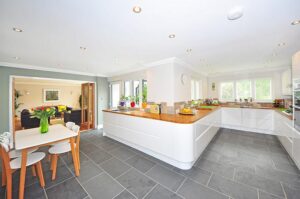