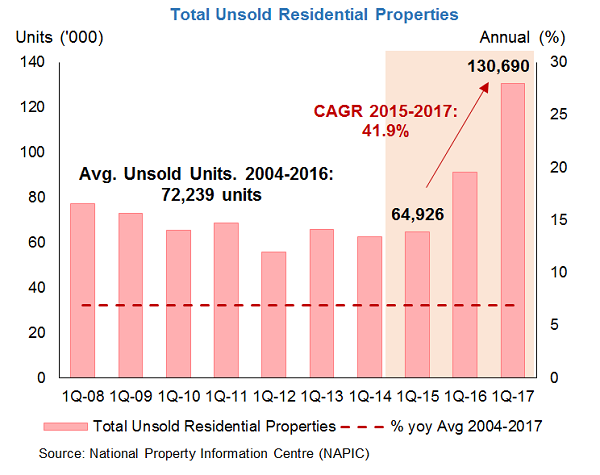 In my sharing during the recent iProperty Home and Investment Property Fair, I asked if everyone knows about the oversupply situation in the Malaysian property market. Many in the crowd nodded, acknowledging they know about it. Then, I asked if the oversupply will crash the market. Fewer people nodded their heads which is good. At least they are not too negative. Tell me dear kopiandproperty.com readers, do you think oversupply will crash the market? Or do you think affordability factor would crash the market instead. Do we believe that oversupply situation is happening only recently? Or recent couple of years? How about if I tell you that oversupply of units has always been happening for many, many, many years? Do take a look at the image. The total unsold residential properties was not zero in the year before. It has always been around 70,000 units for many years. What has happened then when the usual average of 72k unsold units suddenly spiked to 130,690 units?
Actually, within these few years, the affordable homes flooded the market. For example, PR1MA has completed a total of 8,500 units but has handed less than 1,000 keys to the owners. I could not find the reasons why the rest of these completed units were not yet handed over but in Kedah, nearly 70 percent of ALL unsold units are PR1MA units. Here’s the report. Just for Kedah alone, the total is over 2,400 units. Let’s not assume anything else but I think you get the idea. Due to the push for these affordable homes, not enough research was done and it was just build, build and build. The other reasons are also because of affordability. Many times the prices are just too high and with newer launches offering ever better deals, these ‘older’ launched properties are forgotten after a while. After 1 year, they will remain unsold and usually after 2 years, it is hard to sell….
Anyway, coming back to demand versus supply here in Malaysia. This is an earlier article in TheStar: Yearly demand for new homes exceeds supply. According to CBRE|WTW managing director Foo Gee Jen, the current oversupply is due a mismatch of price, location and products. He said, “Based on the population growth rate of 1.3% of 32 million people as of 2016, the annual growth is around 390,000.” He added, “Based on the average household of four people, we need about 97,500 units per year.”  The main reason is this. He shared, “Bank Negara estimated average Malaysians can afford houses priced RM250,000 and below. But 78.7% of new launches in the first half of 2017 were priced beyond RM250,000.” In fact, close to50 percent were priced above RM400,000. 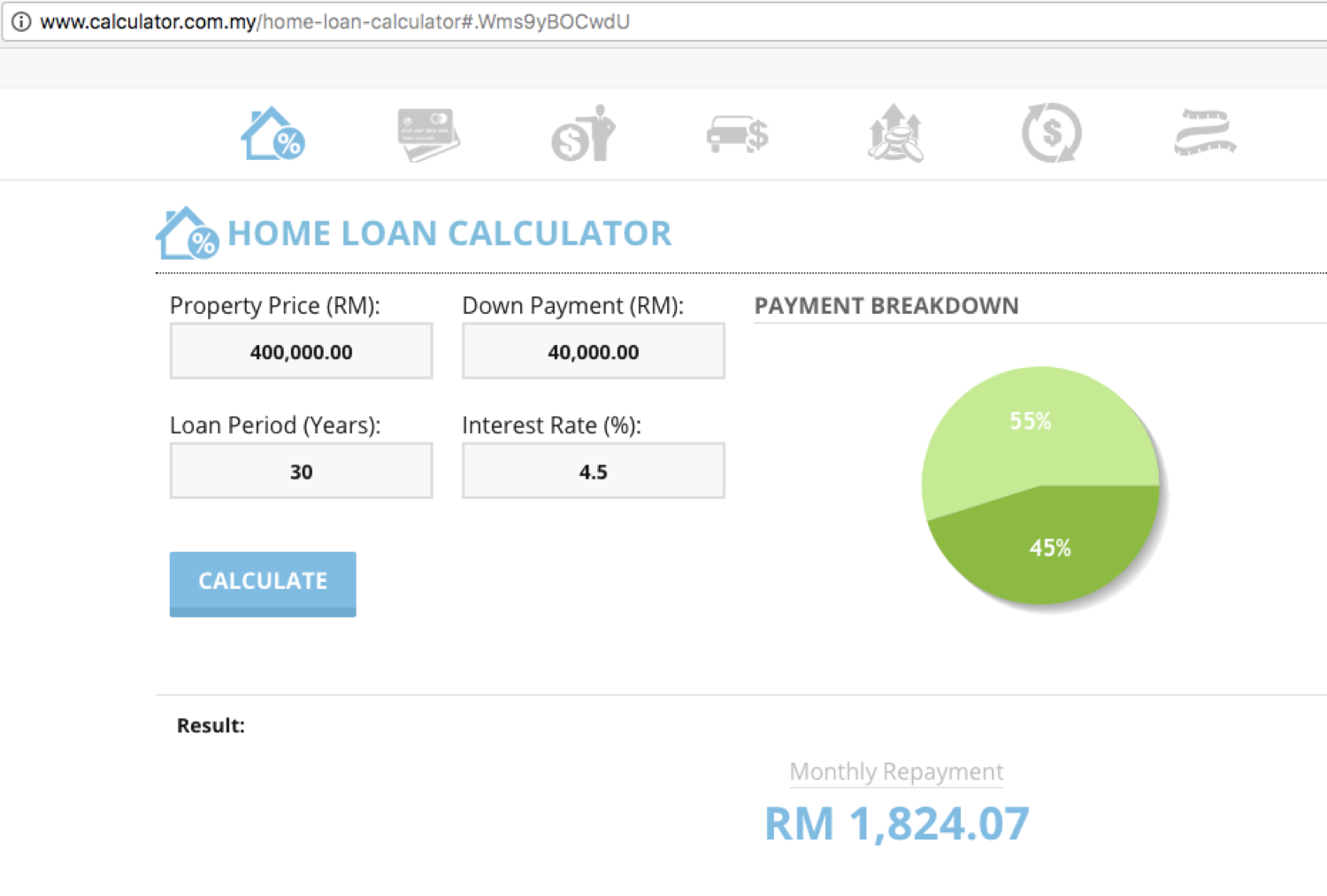 When more than half of the homes being built are RM400,000 or higher, then the oversupply will worsen because of a mismatch in affordability of such homes. Please take a look at the image to understand why RM400,000 is not that cheap, actually. The typical mortgage payment per month based on the usual 10 percent downpayment and a 30-year repayment period is RM1,824. Assuming this is 40% of the total salary of the buyer, the person should have a net salary of RM4,560 per month. Gross salary needed is higher. Based on the median household income as at end 2016, it is RM5,226 per month. Here’s that article in TheStar. Seems okay? well, a RM400,000 home would need a usual downpayment of RM40,000.  Even with a saving of RM500 per month or RM6,000 per year, it would still take a typical Malaysian working professional a minimum of 6 years plus to save sufficient downpayment for a RM400,000 home. Let’s hope that RM400,000 price stays almost the same for a few more years for salaries to catch up. Happy saving and buying.
written on 26 Jan 2018
Next suggested article: Why are people still buying properties?