Too many people own a sports car. Too many people own properties. There are not that many who actually own a football club yeah. There are certainly some rich football club owners in Malaysia but that league which most of us usually watch is English Premier League. It’s said to be the most expensive league in the world. When I look at how much they pay for ONE player, it does seem to be very true. To own a football club, at least we should know how much it’s worth first right?

One of these may soon be sold by its current owner to a new owner. The club is Newcastle United. According to reports (click here to read in channelnewsasia.com), the club was offered £300 million (RM1.6 Billion) . The new owner is speculated to be from Saudi Arabia. The current owner is British businessman Mike Ashley. His current networth is US$2.7 billion as per FORBES (read here)

What will happen to Newcastle United with a new owner then? Well, one thing is for sure. There will be injection of new funds and the club will be able to buy very good players who could well help the club climb up to the typical top 6 in order to play in Europe’s Champions’ League or Europe League. Both are more prestigious than just becoming a champion football club in Britain. Unfortunately for me, the new investor did not buy AFC Bournemouth instead. That’s the club I support! Haha…

Anyway, just wanted to let everyone know that buying the new sports car or that new property is actually considered a small purchase, still. If you really want to tell the world that you have arrived, aim at a football club instead. For example, if you could pay £270 million to buy AFC Bournemouth, then I will know who you are as well. Perhaps then we could have a cup of coffee and talk football too. Haha… Happy aiming and buying. 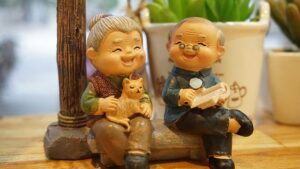