Connectivity enhances productivity and economic activity. This is why countries like Singapore continue to enhance theirs. Its transport minister Khaw Boon Wan said, ““The Government will continue to heavily subsidise public transport – S$5 billion for buses, S$4 billion for rail renewal and S$20 billion for expanding the rail network in the next five years.” Article in channelnewsasia.com here.

LRT3 (earlier article here) was one of the major projects which was renegotiated. Instead of MRCB and George Kent as the Project Delivery Partner model, it is now based on a fixed price contract regime. In July, Finance Minister Lim Guan Eng had said that the cost of the LRT3 was reduced by 47 per cent from RM31.65 billion to just RM16.6 billion. Five stations were shelved until it is deemed necessary to be built. They include Lien Hoe, Temasya, SIRIM, Bukit Raja and Bandar Botanic.

A 2km tunnel for the LRT together with an underground station at Persiaran Hishamuddin, Shah Alam was also cancelled. When completed, LRT Line 3 is a 37km line which will serve the most important and densely populated economic development corridors in the Klang Valley, from Klang to Petaling Jaya. It is expected to serve an area with a population of two-million people, with the capacity to transport 36,700 passengers per hour each way. Reference article in NST here. We have a latest development, not so positive it seems.

Article in Edgeprop.my here. As per reported in the article, Prasarana Malaysia Bhd has not yet paid contractors of the light rail transit 3 (LRT 3) for work done up to Sept 30 last year worth RM800 million, sources told The Edge. Due to this non-payment, several smaller subcontractors are on the brink of bankruptcy. A source said, “Prasarana had stopped paying us for the work done since February last year. When we requested a meeting with them, Prasarana went silent,.” Another source said, “We are really hard-pressed in the current situation. How are we going to continue with the work if we are not paid? Some of the smaller subcontractors are saying that they are on the brink of bankruptcy as they don’t have enough cash to roll over.”

The article also said that Prasarana had been raising bonds to fund the project and according to Bond Pricing Agency Malaysia’s Bond and Sukuk Almanac 2017, Prasarana had RM24.7 billion worth of outstanding debt papers as at the end of 2017, while in September last year, it issued a further RM1 billion in sukuk bonds. At the time of this article, the joint venture company for LRT3, MRCBGK has not yet signed the fixed-price contract with Prasarana. A Bursa Malaysia filing shows that the contract was supposed to be executed by Dec 12, 2018. The full article in Edgeprop.my here.F

Hopefully everything goes well because this is a public infrastructure project. Any cost reduction must be managed well because this affects many stakeholders including future users of the LRT3. Connectivity enhances economic activity. In fact connectivity enhances the Klang Valley property market. Everyone has more choices of potential areas to stay. Perhaps can help manage the property prices too. Hopefully the government’s fiscal position is improved and we have some good news about LRT3 being brought forward instead of remaining 4 years behind the original schedule. As we could see it today, LRT lines are already extremely busy. Happy following.

Next suggested article: Here’s one project just metres away from the LRT 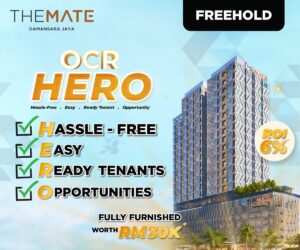