Malaysia’s fertility rate was 1,976 in 2020. This meant that as a nation, our population is no longer able to arrest the decline of population in the future. There was that thinking that with the lockdown, Malaysians would be more productive where baby production was concerned. Unfortunately, this did not happen as per latest statistics from Department of Statistics Malaysia (DOSM). In fact there was not even the slightest sign that Malaysians have indeed worked harder in 2020.

Article in themalaysianreserve.com Chief statistician Datuk Seri Dr Mohd Uzir Mahidin said based on data obtained by DOSM, the number of new births in the country was not as significant as expected. In fact, population projections from 2010 – 2040 by DOSM has revealed that Malaysia may become an ageing nation by 2030 with people aged 60 and over surpassing 15 percent of population. He also gave some potential reasons for the lower number of new babies.

He said, “But, looking at it from a broader angle, among other factors that cause the decline of the young population is also due to society being more inclined to choose careers and lifestyles that are more free from commitment. Apart from that, there are also couples who get married at a late age and it is possible that some of them have fertility problems.”

DOSM showed that the annual growth rate of population was just 0.4 percent and this is showing a slow growth trend. The young population (0-14 years) decreased through the years, which only made up 23.3 per cent of total population. Working-age population (15-64 years) decreased to 69.7 per cent. Please do read the comprehensive article here: Article in themalaysianreserve.com

Tax will be an issue which would need to be addressed

When the younger population becomes smaller, the number of working population would also be decreasing. With a larger older population, it meant that the government would have to collect more taxes to provide for the older population. By the way, this tells us that those who are retiring has to ensure they have enough to sustain their life post-retirement because relying on government is likely to be a bad idea in the future.

Changing demand for goods and services and properties too

When I get to 65, I do not wish to have a big home. I would like to travel a little more and thus may be paying more for hotels versus staying at the same place, same property for most of the time every year. I do believe that I am not alone in this goal. In fact even if one does not travel, one does not need a big home. Definitely not one where the rooms are all upstairs. It may be better to have a room on the ground floor instead.

This is why the property demand is going to change too. It does not need to be smaller homes closer to the city centre yeah. As long as the home is one within an established township, coupled with safety and lots of amenities, that would already bring enough convenience. Think about it yeah. Happy understanding and following.

Next suggested article:  Fastest shrinking population is in Asia. 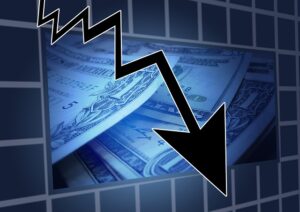