It is 5,000 feet above sea level. It includes apartments as well as shops. Gross built up is from 592 sf – 1,345 sf. The first sentence from this project is, ‘Enjoy life’s simple pleasure’. This is also a hill which I go with my family once every year, sort of a family steamboat cum mah jong trip. Yes, this is none other than chilly but not freezing Cameron Highlands. About 5 years ago, I was so interested in buying that I called up some agents, and even viewed two apartments. Alas I did not buy because the one that I wanted, Anthurium apartments was not available. I viewed two other apartments which are not as convenient as Anthurium. At that time, prices were only RM220,000 for Anthurium. Today, I think it should be nothing less than RM300,000 because there are so many new apartments / condos being developed and the price psf continued to inch upwards.

Today, I saw another, Barrington Square. At first I thought, another UK project. Then I saw chinese characters and I thought, huh, trying to attract Chinese (China) buyers as well? Upon closer inspection this is Cameron Highlands. Well, not bad for a name. No idea of the actual meaning but looks ‘English’ enough which means classy. Haha. In terms of price psf, I am not sure if it’s right but it came up to RM633 / sf. Rather steep but then again, it says that with the rental forecasted, you should still have surplus even after you have paid the loan installments. Many times, many people would say, the price has factored in the rental. I believe so too. Then again, it has ‘surplus’ every month. In other words, from the beginning of the day it is completed, you start to have positive yield of around 12% per annum. I think that’s pretty acceptable. Okay, after the maintenance fees etc, it should drop but come on, how many properties that you buy today gives you immediate positive yields anyway.

Would I buy? It’s attractive but answer is I will skip this project too. My aim remains the same, positive rental yield but concentrate only on Klang Valley or Greater Kl as they say. Everywhere else unless it is many times more attractive, I have to skip. Unlimited property choices but LIMITED funds. I seriously also hope that the bank would not simply lend money to anyone who just want to take up too much debts just so that he can get rich faster, or even bankcrupt faster. Would I go Cameron and rent this apartment in 2016 when it is completed, I think if there are special opening discounts then, answer is YES. Otherwise, will be going back to my usual Anthurium apartments which has become like my Cameron ‘family home’ for as long as I can remember.

Next suggested article: Property Investment and the decisions we can make or delay 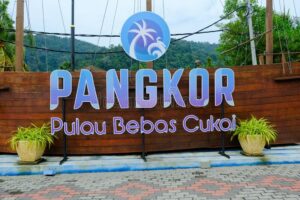 Ipoh property market. Not as exciting as the 4 usual ones but holding well.